On distillation, the leaves do yiels traces of an essential oil, but it is unclear to which extent the volatile oil contributes to pandanus' flavour. In Sri Lankan pandanus leaves (Pandanus latifolius, allegedly synonym to P. amaryllifolius), the following aroma components have been identified in concentrations less than one microgramm per kilogramm (ppb) fresh material: styrene 0.62, ?formylthiphene 0.76, linalool 0.29, β-caryophyllene 0.55, β-farnesene 0.18, 1,2-dimethoxybenzene 0.15 and β-selinene 1.24 ppb. (Phytochemistry, 21, 1653-1657, 1982)
pandan leaf powder pandan powder ใบเตยผง ผงใบเตย 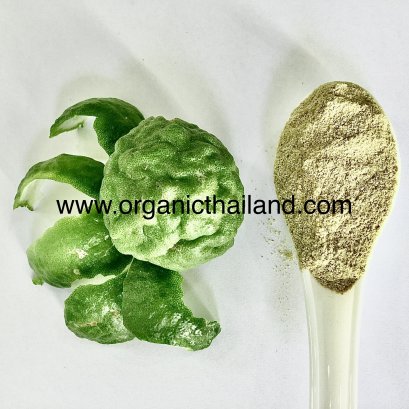