The lingzhi mushroom have been used medicinally. Lingzhi is listed in the American Herbal Pharmacopoeia and Therapeutic Compendium.

Names for the lingzhi fungus have a two thousand year history. The Chinese term lingzhi灵芝 was first recorded in the Eastern Han Dynasty (25–220 CE). Petter Adolf Karstennamed the genus Ganoderma in 1881.[2]

Botanical names
The lingzhi's botanical names have Greek and Latin roots. The generic name Ganodermaderives from the Greek ganos γανος "brightness; sheen", hence "shining" and dermaδερμα "skin".[3] The specific epithet lucidum is Latin for "shining." Tsugae is derived from the Japanese word for "hemlock" (tsuga 栂).

There are multiple species of lingzhi, scientifically known to be within the Ganoderma lucidum species complex and mycologists are still researching the differences among species within this complex.[4]

Lingzhi is a polypore mushroom that is soft (when fresh), corky, and flat, with a conspicuous red-varnished, kidney-shaped cap and, depending on specimen age, white to dull brown pores underneath.[8] It lacks gills on its underside and releases its sporesthrough fine pores, leading to its morphological classification as a polypore.


Ganoderma lucidum generally occurs in two growth forms. One is found in North America and is sessile and rather large with a small or nonexistent stalk. However recent molecular evidence has shown this form to be a distinct species, more correctly called G.sessile, a name given to North American specimens by William Alfonso Murrill in 1902.[17] [18] While the other is smaller, has a long, narrow stalk, and is found mainly in the tropics. However, many growth forms exist that are intermediate to the two types, or even exhibit very unusual morphologies,[8] raising the possibility that they are separate species. Environmental conditions also play a substantial role in the different morphological characteristics lingzhi can exhibit. For example, elevated carbon dioxide levels result in stem elongation in lingzhi. Other forms show antlers without a cap; these may be affected by carbon dioxide levels as well. The species can also be differentiated by their colors, of which the red reishi is the most researched. The three main factors that most greatly influence an individual's morphology are light, temperature, and humidity (although water and air quality can have a less significant impact).[19] 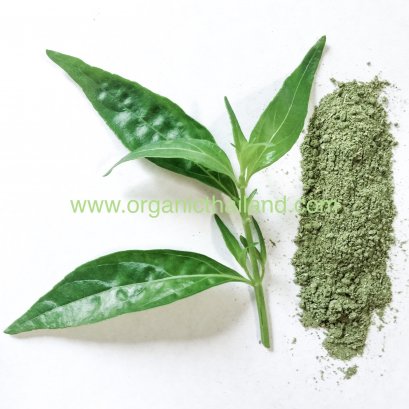